Inside the mind of Daniel Libeskind: On Smart Cities, Tech and the Pandemic 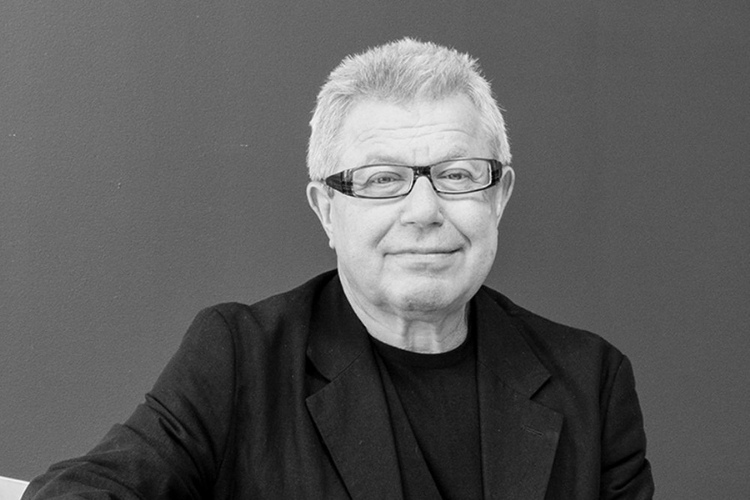 CityAge:  Everyone seems to have their own definition of a Smart City. What’s yours?

Daniel Libeskind: It’s not just a city with good technology, it’s not a city with good planners, and enlightened architects. A good city has, at its center, an idea of social justice, where you have an equality in a democracy of citizens coming from different constituencies, but sharing the same rights to a good life, to the common good. I think so many smart cities are not “smart” because there is a division between those who have and those who are striving to have; the ghettos of the poor and the ghettos of the rich… This is really fatal, I think. Fatal for a democratic society, fatal for the world. And if one thinks of the consequences, they are disastrous. So maybe this pandemic is a way to expose the limits of technology.

CA: What do you think about COVID-19 in the City? Are cities changed forever?

DL: The pandemic is a known challenge. I’ve written about it back in the early eighties that what threatens the city is a pandemic. Now, there was no pandemic in the eighties where I was here in Detroit, but I felt that there is a threat against cities of an unknown infection of any sort, which might not only be medical. Might be a mental infection, might be a spiritual infection.

CA: Can cities recover from the pandemic?

I think the naysayers or the apocalypse mongers are wrong. People have always predicted the end of cities. Wars, catastrophes, earthquakes, revolutions. The end of the world has come, and the city’s at its end. People predict, “New York is now empty,” Trump says. “Nobody’s on the streets. Cities are dying. Cities, move to the suburbs. Take your car and drive far away from the city centers.” That’s all so flawed and so stupid, really.

CA: 9/11 was a global crisis, not unlike this pandemic in its disruption. When you rebuilt Ground Zero, what did you learn and how does it apply to this crisis?

DL: At Ground Zero, I think I encountered so many cynics. People thought this was not worth doing, that New York will never come back again to its old glory, that companies have moved to New Jersey, there’s no need any longer for Wall Street.

But I was determined that with a spiritual sense of symbolism, of memory, the city will be reborn in a better way, and in a new way, unpredictable. And certainly it was, despite so many people who didn’t want the project, who wanted to rebuild the twin towers as they were, who didn’t want tall buildings, and so on. So my experience is that creativity will flourish, cities will become even more sort of unexpectedly interesting after this, because it has given us a jolt. It’s given us a spur to productivity and to creativity. I think cities will benefit from this in the future.

CA: So where do technology and the Smart CIty fit in? You’ve said it can swallow us up.

DL: Some people think that we are in an irreversible downturn; that the exploitation of the earth, the disappearance of so-called nature, the destruction of the environment, that it’s too late. I’m not a pessimist. I think people can turn around and realize that technology can be used, should be used, to make life better.

We need technology, albeit in measured census. I don’t believe that technology will solve our lives. I am not one of those believers that thinks that technology is the God of the future. In fact, quite the contrary. Technology can swallow us up and create anonymity … and we become simply pawns of Facebook, and Twitter, and other media platforms. But technology is important.

For example, in my public housing project in Brooklyn, Sumner Houses, technology is introduced for older residents to have access to medical care so they don’t have to travel far distances … So there is a role for technology, for sure. Technology can improve our lives. But I don’t believe in technology as the guiding principle of what a good city is.

CA: What’s the downside of all this tech?

DL: We can already see it happening. The decrease of conversation, the increase of imagery as a kind of hieroglyphics of communication without the depth of the literacy that created culture in the first place. And the fact that technology has its own momentum. The more technology you have, the more technology you’re not only addicted to, but technology requires you to have.

CA: Yet you’ve said the Smart City can save democracy. How so?

DL: We have to maybe reestablish the idea of how to create a democracy that really works. We can see the failure of democracy, even in our country here. Total failure, where the internet has been taken over by conspiracy theories, where just a few states control the majority of urban lives in this country, a few rural states. So you can say that democracy cannot just be assumed to work automatically. There are great flaws in our democracy. How do we fix it? That would be a good question to start with for smart cities.

CA: But is it design or technology that will define a Smart City?

DL: I see smart cities as not only technological inventions, but really a design exercise, and also political exercise, because I don’t think you can divide the laws, the politics, from the way you design something and from the object that it is. I think the design is key, because design is something very concrete. It’s very practical.

Where you put the wall, how the light falls in, what material you’re using. What is the temperature? What is the iconography of the place? How does it look to you when you first come? Is it familiar or is it strange? Is it commonplace or is it disturbing? Is it just ready to head, or is it something that is shocking?

I am hoping that I did not sound too esoteric speaking about smart cities, because I think smart cities have real applications. But smart cities are also about the form of cities. It’s how the city’s form can cut through the layers of sediment in our lives and penetrate to some core that is vivid, joyous, and uplifting. And I think that has to do with the form. That doesn’t have to do with just technology or with just the questions of science. It has to do with the question of the art of design.

CA: When it comes to Smart City technology and building that so-called Smart City, who governs it? Who should be making these decisions?

DL: I think certainly people, citizens, should be making the decision. They should not be experts. It should not be those who are in the know. It should be people who will have questions like myself here. Like, “Why do we need it? What is it going to give us? Is it better than what we had?” Or should we go backwards in some way? Should we reestablish conversations? Should we have meetings of citizens? As Aristotle said, “A city’s mayor should know every citizen.” Now, that was possible in Athens hundreds of years ago, thousands of years ago, that a mayor would know every citizen. Now, what mayor of a big city can know millions of people?

CA: Can you give an example of an existing, successful Smart City?
DL: Copenhagen, or recently in Helsinki, cities that have a measured and intelligent use of Smart City concepts, but where human relationships still predominate. But those two examples, and Canada, I would say is the third one. Good examples, but they’re examples of not megalopolitan scales. These are not Nairobi, or New Delhi, or Beijing. These are rather small communities that can still adjust themselves to the balance. So my question is how can large cities adjust themselves to that balance in which technology can be used in a smart way without eroding human freedom?

CA: You spend a lot of time thinking about building places for the elderly. What has COVID-19 shown you about how we treat the old, who have been dispaportiantly hit by this pandemic?

DL: Oh, yes. It’s a tragedy. It shows, really, I would call it a kind of way of cleansing … age cleansing, get rid of the old people.

I’m building two projects for the elderly. One in Long Island, and one in Brooklyn. They’re both competitions from New York Public Housing Authority. My idea is not to treat the elderly as if they are old. Treat them as if they are young. Give them an environment that is uplifting. Create social spaces and atriums where people can meet and give everybody a slightly different window, slightly different sense of identity. Create differences, as many as you can, within this budgetary constraint. Create something that is joyous and not something which is just inside of a box. Create a form that is folded, that is dramatic, that is really sort of standing outside of its environmental boxes, which says, “This is an environment that is positive.”

When I built my project for the elderly in Switzerland some years ago in Brunnen, Switzerland, I wanted  to put the elderly near a shopping center where there’s markets, and cinemas, and multiplex, and the food courts, and swimming facilities. They benefited because the elderly like to be where the young people are late at night where the action is. And that housing project is very, very successful, because elderly people want to live there. They want to live in that bustle which has little to do with a sort of cartoon of the elderly. It’s not to do with elderly who just want quiet and silence and look at trees. It’s elderly who are actually becoming younger. So that’s my idea for the elderly. And for myself, by the way!

CA: How will cities and architecture change, post-pandemic? And while we are at it, how about people who live in cities?

DL: I think people will not take cities for granted anymore as kind of ready-made. “It’s already made, I don’t even see it. I just go to my work. I do my shopping, whatever.”

People will see cities as incredible artworks, creations of humanity across time. Artistic creations that took so many generations of contributions of everybody, every person living in that city to create a city. So I think cities will evolve into something that we appreciate not with the nostalgia of the past that we look at Venice or old cities, “Oh, how beautiful they were, what they did then.”

We’ll look into the future to great cities that have a dramatic appeal to us, which is much beyond function, and more towards our desires to live in a place that is good and interesting… I think a healthy city will return as the center of society, because let’s not forget. We know way back from Aristotle’s and Plato’s time that we are social beings. We are social animals. We are not solitary lemurs who will go and commit suicide on the hill. We need, we love, we enjoy, we celebrate, we have feelings, we have emotions, we have the future.