The Future of Food

The Pandemic, French Fries and the Future of Steak: Inside the Mind of Food Expert Evan Fraser 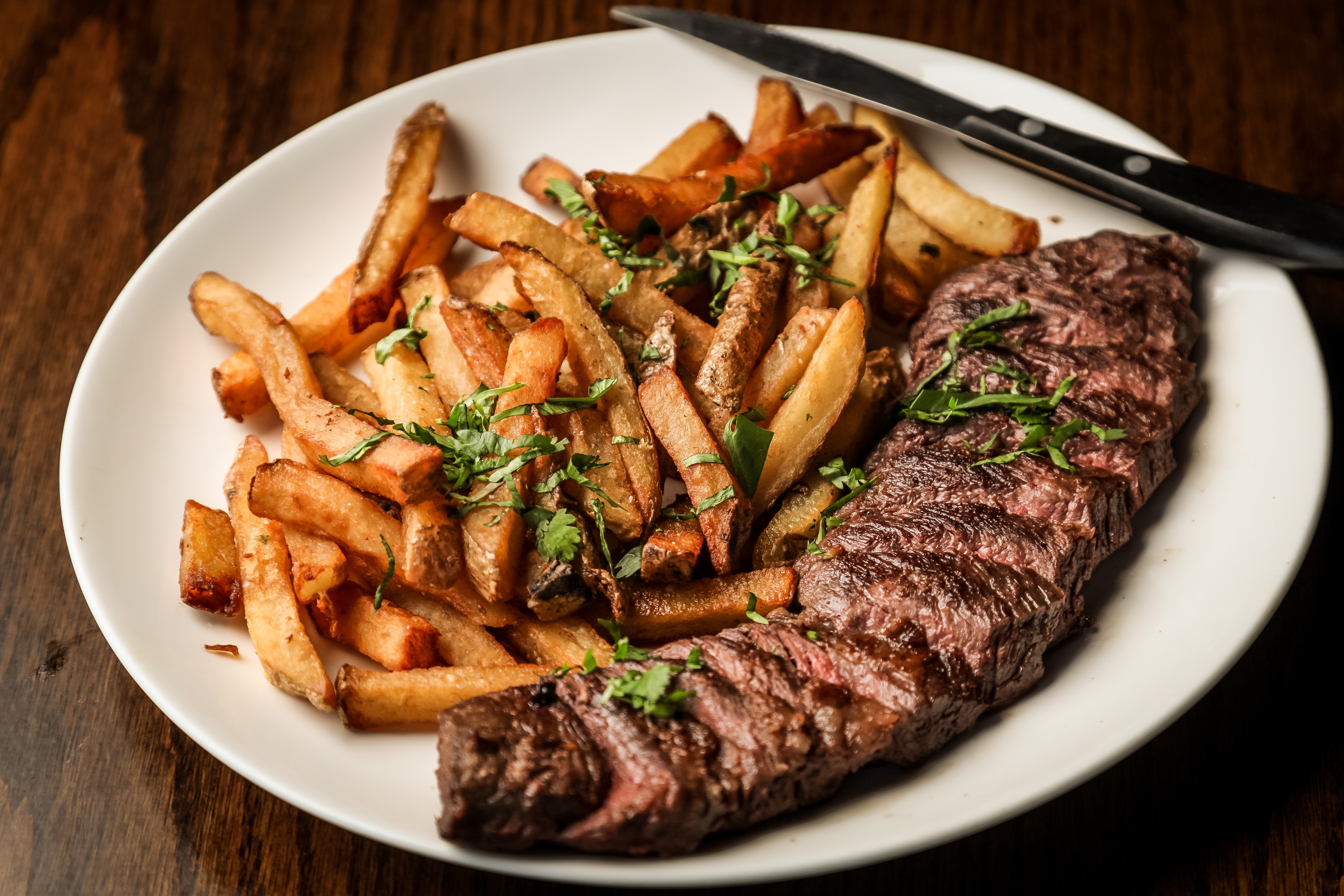 The Pandemic, French Fries and the Future of The Steak

Inside the brain of Food Expert Evan Fraser

CityAge: What has COVID-19 told us about Canada’s food security?

We need to do better. And luckily the technology that we've been talking about, LED lighting, cellular agriculture, robotics, allow us to, as a Northern country, with our limited growing season, to think about planting or producing crops year round at a level that we've never been able to before.

CA:  What else has the pandemic taught us?

EF: We learned that we were dependent on poorly compensated hand labour, farm workers, or people working in meatpacking plants, where it was very, very hard to control the disease in those environments. We also learned that thanks to unemployment and lost wages, food insecurity in our country — which was already very high, about 10% of Canadians are chronically or at some point near food insecurity — probably doubled in our country.

At an international level, the United Nations is saying the number of hungry people on the planet will double this year. And the head of the World Food Program earlier this year, even warned the U.S. Congress that famines of biblical proportions loom. And that was kicked off by a very contagious virus, but one that might have been a lot worse — or maybe the next one could indeed be a lot worse.

CA:  Tell us about the pandemic’s hit on french fries.

EF: Something like two thirds of the potatoes consumed in Canada are eaten in restaurants or cafeterias as French fries. So as COVID shut those facilities down, we don't eat anywhere near as many French fries. And so there were millions of tons of potatoes that were at risk of being thrown out.

I never found out what happened to those potatoes. But back in April, there were millions of tons of potatoes sitting in storage around the country, looking for markets because those markets had simply closed down. It was terrible for the potato producers, terrible for the environment that has to absorb this waste, but it was a small story that reveals some of the weirder vulnerabilities that emerged out of the pandemic.

CA: Post pandemic, what is the future of food?

EF: The one area that I foresee the biggest disruption is in protein. And I'm not a vegetarian, I love steak and I love ice cream, and I want to keep eating steak and ice cream for the rest of my life.

We are going to see a massive change in how we consume protein over the next 20 years. And that has already begun in the last 12 months. We see extraordinarily new products in the market, Beyond Meat and Impossible Burger being the very obvious ones. But all the major protein companies that I'm aware of, like Tyson, the world's largest chicken producer, have invested heavily in alternative protein systems.

When I first saw Impossible Burgers on the market, they were three or four times the price of a regular hamburger. I was in the No Frills in Guelph just a few days ago, a good President's Choice hamburger was about $2 a patty. The plant-based equivalent to that, which is made by Maple Leaf, was about $2.50 a patty. So we're really close on price points now

EF: Just this summer, a company in the US started selling ice cream —it is expensive ice cream, but not too expensive — that is molecularly identical to regular ice cream, you cannot tell the difference. It's made in a lab. Good or bad, whether you see that as terrifying or delightful, it is about to come cracking down on our food system, and this makes for a very exciting moment.

CA: You speak of agriculture as part of Canada’s green recovery. What do you mean?

EF: We need to put agriculture at the cornerstone of a green recovery program. We know it's a job creator for our country. We know that the sector is employing far more people than places like the University of Guelph are able to graduate. So by putting agriculture and ag innovation at the center of a green recovery platform, we can repatriate food, we can repatriate our supply chains, we can build resilience and we can also generate economic growth and opportunities, specifically for the youth.

CA: You say we are in an agricultural revolution?

EF: It's an incredibly exciting moment to be involved in agriculture, because the digital revolution that has changed medicine and has given us the internet, it's just being applied to agriculture. And many folks in the field, myself included, say that there's a digital Renaissance happening, that these new technologies of Internet of things, big data, artificial intelligence, robotics, these new technologies are likely to precipitate a change in what we eat, how we produce food, how we transport and process food. That will be one of the most significant technological changes in human history.

I'll give you some very specific examples.

Imagine a smart tractor that knows where it is in the field and plants the right seed in the right location and gives it the right amount of fertilizer with very little waste. Or a robotic milker that the cow, because she gets uncomfortable, knows when she needs to be milked.  The robot milks her, and in doing so measures all sorts of biometric health information. It can diagnose problems early, so we can treat that cow with virtually no antibiotics or things like that. So the robotic milker can improve production, can improve animal well being.

CA: Why is this Canada's food moment?

EF: We currently are underperforming. The Netherlands for instance, which is a tiny little country, has more value of ag exports than Canada does. We have a sophisticated workforce and a good quality infrastructure. We've got an endowment of land and water, which is unprecedented around the globe. We should have a Canada food brand that is known globally as being the safest, the most sustainable, the most trusted source of food for the world.