Canada Should Reach for the Moon and more: MDA CEO 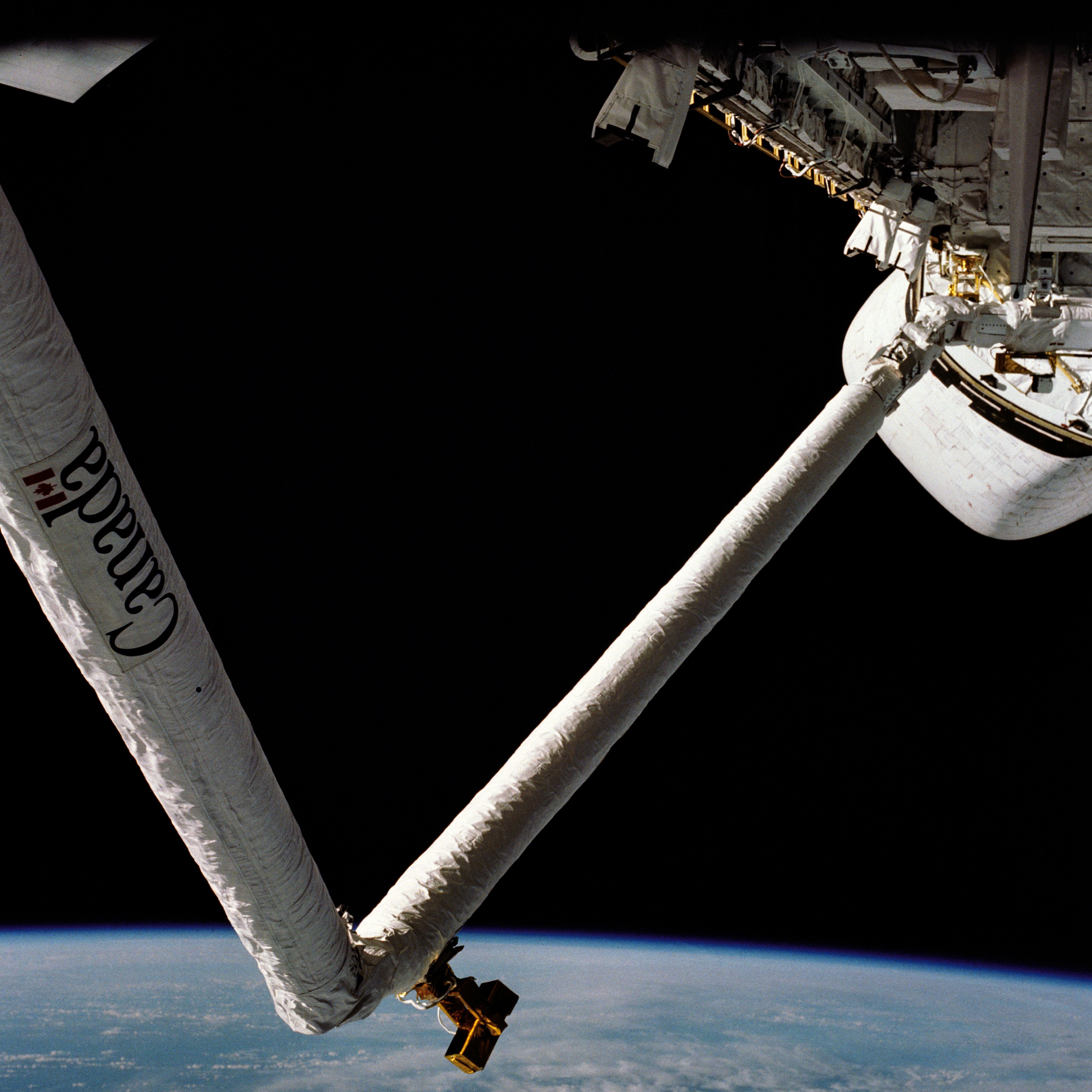 Fifty years ago Canada emerged as a leader in the space race, and according to space tech company MDA’s  Chief Executive Officer, Mike Greenley, we can do it again if we get organized.

In the 1970s Canada stepped up and provided the robotics technology — the Canadarm — for the Space Shuttle. Canada was the third country to ever go to space.  Canadians pretty much pioneered the first satellite networks for commercial use.

“Canada was right in there from the get-go,” Greenley told the Herle Burly podcast.

Because of Canada’s strategic choice 50 years ago we’ve continued to develop cutting-edge satellite technology, and Greenley says we have the reputation and the experience that can make us a pivotal player in the new unfolding space race.

Space travel is becoming increasingly affordable, opening up opportunities for more countries to get involved, according to Greenley.

Invested capital in space has doubled every year for the last three years, leading to the creation of more and more space companies globally. Currently investments reach $400 billion a year, and Greenley says that by the 2030s it will have reached $1.5 trillion or more.

“The activity in space right now is kind of analogous to the early days two hundred years ago in the oceans,” Greenley says.

But to make use of our experience and reputation, we need a coordinated game plan. Luckily he has one — which he lays out in a sweeping  blueprint for a Canadian space strategy in his Herle Burly interview. Its core is a partnership between the public and private sector.

The private sector, and Elon Musk-like entrepreneurs, he says, bring the ambition and the willingness to take risk in a way the government can’t.

Watching a NASA rocket blow up would be like watching the government fail, he said, whereas a private firm facing such a disaster would look like bold risk takers who are pushing humanity to the stars.

“In one case it’s somebody innovating and pushing the limits of earth, and in the other case it’s the government screwing up again,” he says. “Industry’s engagement in this stuff has absolutely enabled the innovation cycle.”

Government is important, too, though, especially when it comes to decision making.

“We are world leaders in space robotics because Canada made a strategic decision 50 years ago,” he says. “They picked areas that we were going to enter and be awesome at.” He adds, government can give industry direction, and support a project in its early stages, giving it the foundation it needs to eventually innovate freely.

It may seem like commercial industry is taking the lead in space, but Greenley says “government’s right there all the time in the back alley.”

He points out that SpaceX, for example, has relied on billions of dollars from government funding to launch its rockets.

For Canada the answer might be something that resembles America’s DARPA program, which identifies areas of focus, collaborates with industry, and has held competitions among private companies getting them to solve particular problems.

A set-up like this has been hard for Canada to pull off, though.

“Every meeting I’ve been in the hardest thing is for Canada to make picks,” he said.

If government can successfully create an environment where private industry is supported and fostered through clear decision-making, the possibilities are endless, says Greenley. He outlined a few of those possibilities in his interview:

MDA, which has been working in the space industry for 52 years, is a leader in space’s next phase. In fact, they’re currently developing Canadarm 3 for the Lunar Gateway, a new space station that will be stationed near the moon and facilitate its exploration. Canadarm 3 will be operated out of Canada, as opposed to Canadarm 2, which operated out of Houston.

“This team we have today has over three million hours of experience planning and supporting robotic operations on the international space station,” Greenley says, adding, “that continued innovation keeps us ahead and then that reputation gets you the next job.”